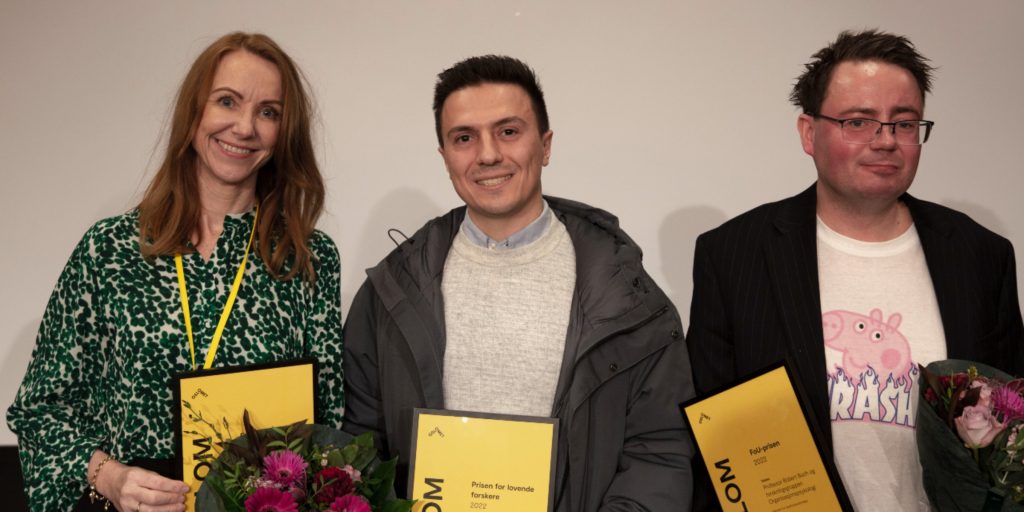 On 30 November, OsloMet awarded four awards to individual researchers and a research group. The jury hands out awards to employees and research communities at Oslomet who have excelled in research, innovation and dissemination over the past year. Professor Kristin Skare Orgeret was awarded the Dissemination Award.

The Jury’s reason for Kristin’s winning position
“The candidate is an active and committed communicator of her professional knowledge related to media, power and journalism. Through dissemination of research and participation in the public discourse, she contributes to increasing attention to, and knowledge of, important topics for democracy and social life. The candidate conveys complicated material in an easy-to-understand manner, is “uncluttered, concrete and concise”, and is frequently used as an interview subject and commentator in the daily press, NRK and TV2 in a number of areas related to the media and democracy, freedom of expression, conflict, safety for journalists, war and peace processes in general and to more case-specific topics such as terror in France, media coverage of #metoo or African political communication.

The candidate has been a permanent member of NRK’s ​​Friday panel since 2019 and regularly contributes to NRK’s ​​Helgemorgen where she comments and analyzes current issues from a media perspective. The candidate distinguishes herself by being as dedicated and engaged in mediating through national media as she is in mediating in a course for a small group of female journalists from Mali, or mediating to Norwegian youth, for example. She combines communication and research in an excellent way, and thus brings knowledge to constantly new groups outside OsloMet.

Since Russia invaded Ukraine in February 2022, the candidate has used her expertise on the media’s role in war and conflict to inform the public. She is a permanent expert in ‘NRK answers about the war in Ukraine’, has participated in all the major news broadcasts on radio and television a number of times, given interviews on television, in radio and newspapers, written chronicles and participated in debates about the information war, digital platforms and propaganda, about the situation for critical journalists in Russia and about President Zelenskyi’s speeches and use of social media.

Through solid dissemination efforts over time, the candidate lifts media-related issues up and onto the Norwegian media’s agenda and into the social debate in general, and in this way she helps to build a bridge between research and the public sphere. Through her involvement, she contributes to creating arenas for dialogue and reflection and to increased attention and knowledge of challenges and opportunities linked to the media’s role in society.”

DDMAC participates in Conference on the Safety of Journalists